Przemysław sometimes laughs at me that I am a feminist and I always support women’s initiatives. There is something about it. The point is not that I work dynamically in some kind of equality promotion movement, but that I appreciate the creativity, readiness to act and hard work of women, which in my opinion is unfortunately not always recognized and appreciated. Knowing this about me, I think that you will be able to imagine how happy I was to hear that the chef at Ta Binelikia restaurant is a woman. And this was just the beginning of my excitement, which reached its peak when I saw the dishes. But let’s start at the beginning.

Ta Binelikia is a Greek restaurant located on the coast of the unusually enchanting island of Andros. I think that both Przemyslaw and I can easily be called connoisseurs and real fans of good food. We do not like to overeat but rather try. Food does not have to be fancy or ultra innovative, but tasty, fresh and prepared from the bottom of one’s heart. That’s how it was in Ta Binelikia.

While writing this post, reminding the flavours and watching our photos, my mouth salivates mercilessly, you have to take my word for it. Food, in addition to being made with love, was also prepared with a hint of fusion and creativity. It also manifested itself in the form of dishes, in particular in the mount made of grilled vegetables – one of the main dishes.

For a starter, we tried a potato salad which woke up real Polish men in me and let me go home for a moment. In addition to it, the amazing Andros cheese wrapped in crispy pastry and served with crushed pistachios – delicious. Also, equally delicious dolmades – rice wrapped in grape leaves. We also tasted rocket salad with tomatoes, cheese and sesame balsamico.

Later on the table, the above-mentioned mountain from grilled vegetables was brought up, something truly incredible. Eggplant, zucchini and various types of peppers, perfectly prepared and seasoned, would on its own let you savour the flavours of Greece. But that was not all, because they served us with fried potatoes and pork chops from local meat. Potatoes were brilliant – crispy and soft at the same time. Meat, in the opinion of Przemek, was delicate and not greasy. There was nothing left for us after but to drink the light Greek beer and inhale the smell of the sea.

This is the second excellent restaurant on Andros, is this island trying to be called a pearl in the culinary world? 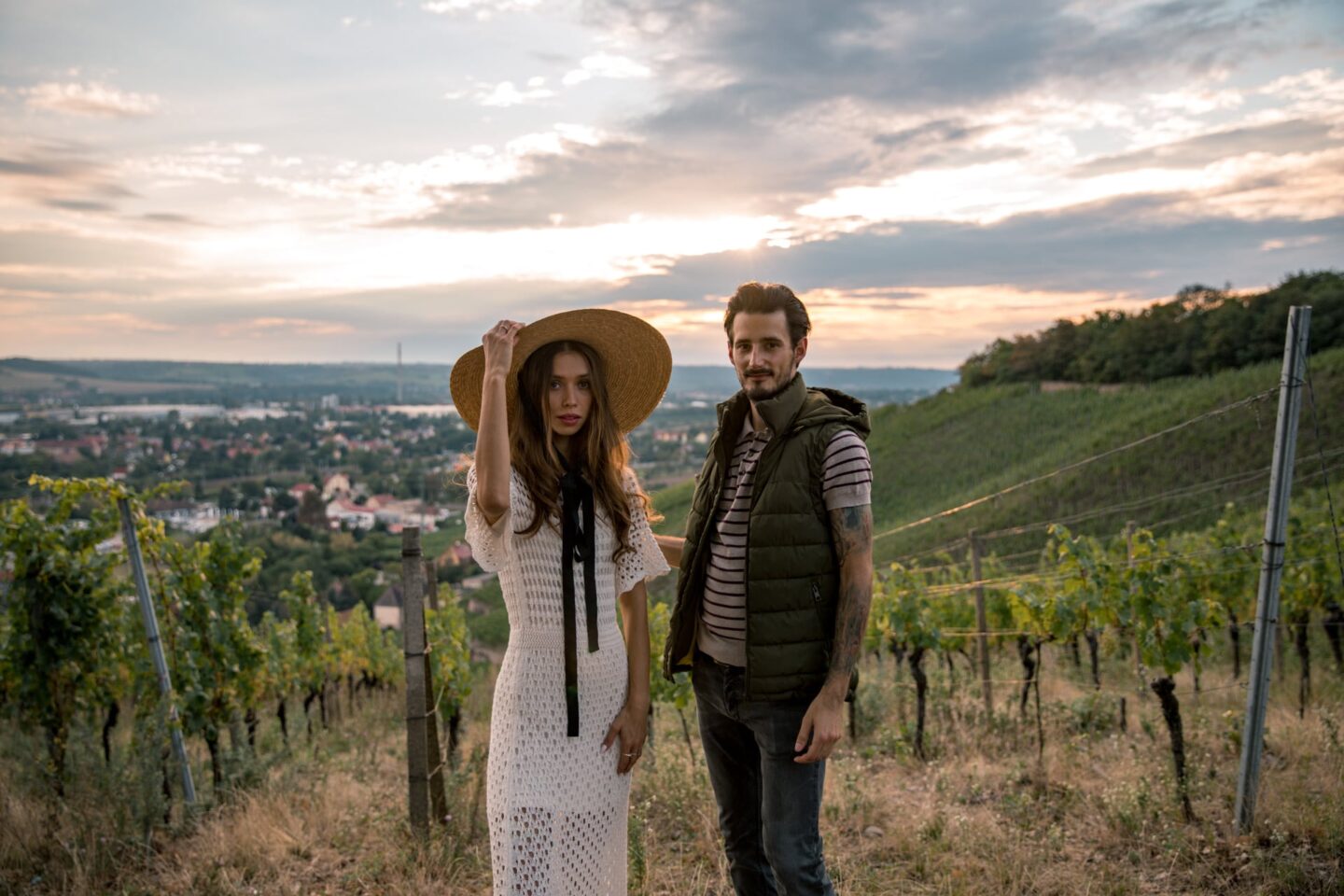